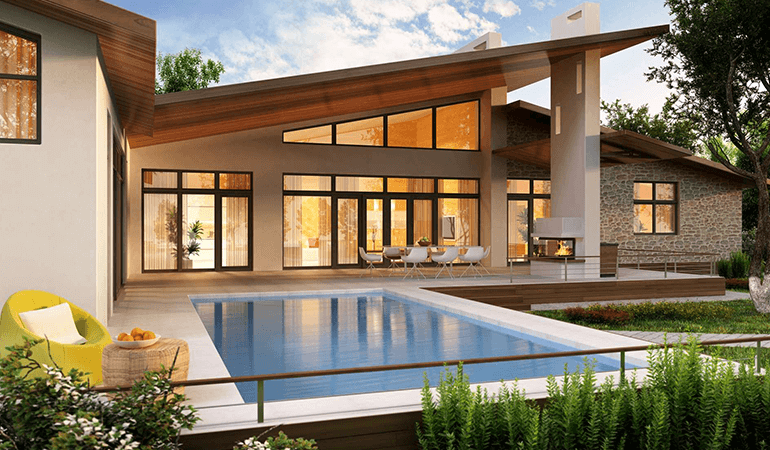 Dholera Smart City is one of the most auspicious projects and the first planned smart city in India. Dholera Smart Investment Region also known as Dholera SIR has an aim to make this city a global business hub that is reinforced by the world's best infrastructure and technology. This smart city is the project focuses on India with giant and multinational companies and businesses. Dholera smart city project has been located approximately 100 Km from the south of Ahmedabad. The project is approximately spread over 920 Sq.Km with aim of expected to get completed within the span of two decades. Its goal is to be six times the size of Shanghai and twice the size of Mumbai, and construction is currently underway on the same grounds encompassing 22 villages in this huge smart city. It is ideally situated between the industrial and important cities of Ahmedabad, Rajkot, Vadodra, Bhavnagar. Delhi Mumbai IndustrialCorridorr (DMIC) has a vision with this infrastructure project which aims to modify this city as one of the smart cities & linking up the infrastructure develop[ment across the nation with emerging technologies.

WHY INVESTMENT in DHOLERA SIR

The project has been carried out via technological giants which will upload huge energy to the promising infrastructure development in the city. The first phase of the project is expected to be completed in a decade, with the entire town ready by 2040.Dholera has world-class benefits with big infrastructure coming in along with other projects like International Airport, Rail & Metros, Six Lane Highway, Solar power plant, etc. Even though India's First Smart City has a lot to offer, let us take a look at Dholera Sir's current reputation and the new developments in the area.

Dholera internationall airport is to be built which will be 20 Km from Dholera & 80Km from Ahmedabad. Separated land of about 1700 hectares has been issued for airport construction. This airport infrastructure is one of the key projects of the Dholera Smart City Project. Within the next five years, Dholera global airport is expected to take over the heavy traffic from Ahmedabad airport, providing an opportunity for the Ahmedabad airport. The airport is also expected to be a better international hub than Dubai, shortening the 322-kilometer distance between Heathrow and Singapore.

With the DMIC having a master plan, there is a proposal to build a high-speed metro rail that will be running through Ahmedabad, Dholera, and Gandhinagar was proposed and approved by the central government. With Gujarat Dholera Smart City, the project aims to improve regional connectivity and create a high-speed urban transportation system that connects Gujarat to the international airport, major railway stations, and Dholera bus terminals. The metro's connection to Dholera International Airport will be critical to the airport's success.The project is divided into two phases in which phase 1 connects Ahmedabad to Gandhinagar whereas phase 2 will be connecting Gandhinagar to Dholera via GIFT City. The first phase of the project, which spans 100 kilometers, will be constructed over 61.55 kilometers, with the second phase connecting Dholera covering the remaining 38.45 kilometers.

A six-lane expressway another major infrastructure project is also in progress which has provisions to extend up to 10 lanes. first, it will be constructed with four lanes highway late on 2 lanes will be added on. This project is estimated to be around 900.39 Cr which shall be constructed in three phases. All these phases are expected to be completed by 2040. This expressway is one of the major projects as it shall be obliging people to be residing here.

This smart city project also has the aim to create Indias largest solar power plant which is around 5000 MV solar plant loc ed in an area spanning around 11,000 hectares of land along the Gulf of Khambhat. This is also one of the major projects costing around 25000 Croresand will create employment for almost 20 0000 people. The company to take upon this project is Gujrat Electric Transmission Corporation[GETCO], Gujrat Power Corporation limited[GPCL], Central Transmission Unit[CTU], Solar Energy Corporation of India[SECI], Gujrat Urja Nigam Limited[GUNL]. Solar power plants need a lot of land, and the government in Dholera has an available with it.

Since the Gujarat government-designated Dholera as a Special Investment Region, investors have discovered tremendous investment potential. Dholera SIR aspires to be a global hub of industrial excellence and economic activity, with world-class infrastructure to back it up. Infinity Infra Mumbai Office, the premier company offering the best Dholera smart city projects, has compiled a list of reasons why Dholera has experienced a real estate boom. From an investment point of view, Dholera has been an ideal choice for investors. This is a very good time to invest in projects here. Investors have the confidence to get a good return from this project, and investment has been rising since then. Dholera SIR is now India's one of the most desirable real estate investment locations. A large number of people are interested in purchasing a residential plot in Dholera because the government expects private players and foreign investors to help fund the project.

WHY INVEST IN DHOLERA?

Dholera Smart City is planned by world-renowned planner HALCROW and designed by AECOM & this project will be home to 2 million people and will be giving employment to over 8 Lakhs people which shall be majorly generated from manufacturing and industrial units. As per the advisors and experts, it is the right time to invest in this smart city as property rates are low, and when compared to a fully developed city no matter what it will come up with a good return in the future. This first smart city of India was started with our Prime Minister's significant visions to which everyone has eyed on gaining immense popularity among big & short time investors. Dholera investment is expected to help the investor get a better return. Many Indian companies, as well as Multi-National companies, have eyed this project to invest in since this will give them sumptuous returns in terms of transportation, infrastructure, employees, and other sorts of amenities and connections as well. Dholera's previous projects have received high praise from clients, and their new projects will be even larger and better. So, don't miss out on the opportunity to invest in India's future city. After the SIR Act was passed in Gujarat, Dholera SIR became one of the first Special Investment Regions (SIR). As a result, the area has seen a lot of potential and a rise in property values. As a result, investing in Dholera smart city projects is a wise decision that will certainly give you high returns. Dholera will be home to an international airport, a seaport metro train, and an expressway, all of which will provide excellent connectivity for young and career-minded people. The international design of the city is planned by a world-renowned UK-based firm – HALCROW GROUP and Intelligent traffic Solutions will be provided by CISCO and IBM. Dholera, as the first smart city on the Delhi Infinity Infra Mumbai Industrial Corridor, has enormous potential as a global commercial and manufacturing hub. As Dholera is being developed to be a commercial & global hub, a considerable number of employments are likely to be created in this smart city, giving a huge opportunity for many young Indians.

FACTORS TO BE CONSIDERED WHILE INVESTMENT IN DHOLERA:

Buying property is one of the most important investments a person can make in his or her lifetime. However, making a hasty decision to invest in a property without thoroughly examining all of the legal property documents can be a costly mistake. If you're thinking about buying a home in Dholera, there are a few legal and other considerations to consider. In Dholera there are two types of investments one is inside Dholera and another is outside Dholera near the airport.

INVESTMENT INSIDE THE DHOLERA :

Zoning Certificates: If you are willing to invest inside the Dholera Smart City you must check for certificates like Zoning certificate, which means from whomever you are dealing for the property check for the zonal certificate so that you have a clear idea regarding in which TP and zone you are investing in.

Land Ownership: Check for land ownership, whether the land is owned by any company/developer or by any farmer which will save you from any wrong investment.

Authorized Certificates: Check for Government Authorised Developer Certificate, here the government has a firm in Dholera which is called DSIRDA and its full form is Dholera Special Investment Region Development Authority. If your developer has this certificate where you are about to invest then you do not have to worry about other things.

Possession Date: The possession date of any government infrastructure is required to be checked, by what date the project you invested in will get developed. So that you get an idea of where to invest in if any particular area is getting developed first then you can invest there to get a quick return. For example in Dholera Smart City TP2 west zone B1 & B2 will get ready first and whereas in TP1 - TP1A2 will get ready first.

INVESTMENT OUTSIDE THE DHOLERA :

NA/NOC - Wher NA is Non-Agriculture and NOC is No Objection Certificate. Check for whatever plot you are investing in must have governments NA/NOC.

Plan Passage: About whichever unit plan pass you are thinking to invest developer should have the same. This is very important, especially for bungalows or villas.

Company Certifications: Via whichever developer you are thinking to go-ahead to invest just check their papers or documents like VAT Bills, TDS, PAN, etc to check whether the developing company is genuine or not.

Current Development: In whatever plot or project you are investing just check how much development is done. Whether it is actually in progress or just boundaries are marked with empty plots. If the project has not started yet and only boundaries are marked then check thoroughly for papers and also check for what other projects that developers have worked on to get an idea of the quality and authenticity of the developer's work.

If you invest in are a nearby 3 Km of Smart City Entry Gate then it is definitely a smart investment. Also, go for developers directly instead of brokers which will give you a better deals and more options as brokers have their fixed commission with some developers.

Are you looking for real estate investment plots & land?